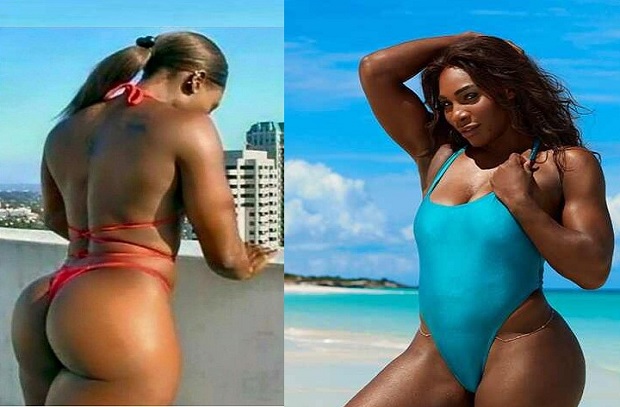 Serena Williams had quite the eventful start to the weekend, having been one of the attendees at the star-studded wedding of Brooklyn Beckham and Nicola Peltz. She capped it off with a new bathroom selfie she shared of herself in her outfit for the night, a show-stopping gown that showed off her insane figure.

The fuchsia design featured statement shoulder-pads and perfectly hugged her figure while also sporting a revealing cut-out at the chest. It even featured quite the high slit that allowed her to bare her supremely toned leg in a pair of matching strappy heels, pairing it with a sleek bob.

Serena shared another clip of herself in the gown, revealing that she was dead tired after spending an entire night out and was on her way to bed. She opened up more about her fatigue with a hilarious series of clips she posted the morning after, revealing that she had spent all night out with sister Venus. And top it off, they’d also been on the phone till 5AM, knowing fully well that her daughter Olympia would wake her up at 7. Dressing in a simple black graphic tee and a baseball cap, Serena looked tired as she then quipped “you’re going down” about her sister and daughter for her lack of a good night’s sleep.

The tennis star was one of several major celebrities in attendance at the Beckham-Peltz wedding in Palm Beach, Florida, also being joined by Venus. She was photographed arriving at the rehearsal dinner on Friday night in a stunning ensemble, rocking a black leather minidress, and donning with it a gorgeous pair of dazzling silver heels.