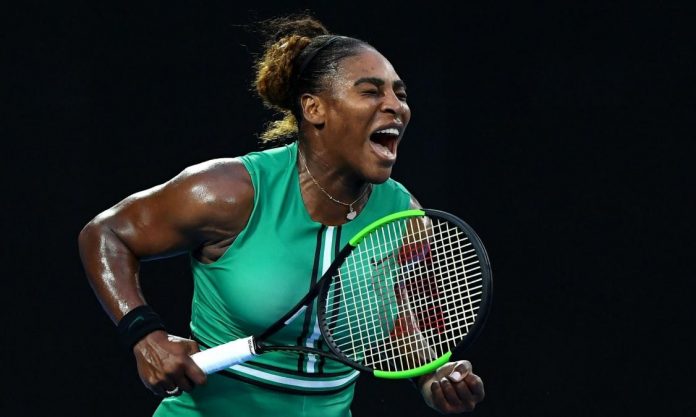 Serena Williams has won 73 singles titles in her career so far. Out of these, 23 titles have been won at the Slams. The former World No. 1 has won the year-ending championships 5 times, won the Grand Slam Cup in 1999 and bagged the gold medal at the 2012 Summer Olympics.

She turned pro in 1995 and has held the No.1 spot for a record 319 weeks. It is difficult to imagine a tournament that the three-time career slam champion has not won.

On the professional tour, Serena has a win-rate of 85% in the singles category. She has another 23 titles from the WTA 1000 and WTA 500 events. A dominant force on every surface, it is surprising that there are five notable top tier events that the three-time Billie Jean King Cup champion did not win.

2014 was an excellent season for Serena Williams after an already brilliant 2013 season. She won titles at Miami, Rome, San Jose, Cincinnati, and yet another slam at the US Open before entering the inaugural Wuhan Open. It was one of the Premier 5 events on tour and is now classified as a WTA 1000 event.

. As the top seed, Serena Williams received a bye in the first round. In the second round, she faced France’s Alize Cornet. Williams was leading and was about to serve for the first set at 6-5. She was visibly dizzy and nauseous and had to pull out of the match due to a viral illness. That year, Cornet had gotten the better of Williams at Dubai and Wimbledon.

It's just hilarious that almost half of Serena's losses (3 of 7) in 2014 were to Alizé Cornet.

Serena’s withdrawal meant that Cornet became the first player since Justine Henin in 2007 to defeat the American three times in one year. Williams hasn’t entered the Wuhan draw since that year.

In 1997, Serena Williams entered the main draw of the Kremlin Cup as a qualifier. She had never made the finals of any tournament previously. In the first round of the Tier I event, she lost to compatriot Kimberly Po in straight sets on carpet courts.

A decade later, Williams returned to the Kremlin Cup. She was then the winner of 8 singles Slam titles and was the fourth seed at the event. On the hardcourt of Kremlin, she defeated top seed Svetlana Kuznetsova in the semifinals to set up a clash against another Russian, Elena Dementieva, in the finals.

Williams took the first set, but faced a fierce comeback from Dementieva, who eventually won the match 5-7 6-1 6-1. Since then, Williams has not participated in the Kremlin Cup.

The Zurich Open in Switzerland began in 1984. It was classified as a Tier I event on the WTA Tour from 1993 to 2007. Played on indoor hardcourt, the tournament saw Steffi Graf, Venus Williams, Lindsay Davenport, Martina Hingis and Justine Henin as some of the notable past champions. In 1997, a young Serena Williams lost in the second round of the qualifying draw.

Ten years later, in its final year as a Tier I event, Williams entered the draw as the sixth seed. At Zurich, she faced home favorite Patty Schnyder in the first round. Schnyder took the first set 6-0 and was comfortably leading 3-0 in the second.

Williams then announced her retirement from the match due to a right thigh injury. According to a Reuters report, she had previously made late withdrawals from the event.

“Normally, she needs a rest after two weeks of tournaments. But I like that she came here and tried,” said Schnyder after the match.

“Normally, she needs a rest after two weeks of tournaments. But I like that she came here and tried,” said Schnyder after the match.

The Southern California Open, held in San Diego, began in 1971. It became a Tier I event in 2004. That same year, Serena Williams made her only participation at the event.

As the top seed, she received a bye in the first round. She defeated Jelena Jankovic and Elena Bovina to reach the quarterfinals. She was drawn against 12th seed Vera Zvonareva in the quarterfinals. The Russian got a walkover as Williams withdrew due to left knee inflammation.

The German Open is one of the oldest tournaments on tour that began in 1894 in Hamburg. It moved to West Berlin in 1978 and later to Berlin in 1991. It became a Tier I event in 1988. Serena Williams first entered the event in 1999 as the seventh seed.

She made the quarterfinals, but retired mid-match against Arantxa Sanchez Vicario due to an arm injury. Williams returned to the event in 2002 as the fourth seed and faced fifth seed Henin in the finals. Henin won the match in the final set tiebreak. In her final appearance at the event in 2008, Serena Williams entered the event as the fifth seed. She lost in the quarterfinals to eventual champion Dinara Safina. After that year, the event was not held until 2019. In 2021, the event returned to the tour as a WTA 500 grass court event.

Serena Williams played her last professional match at the 2021 Wimbledon singles where she retired mid-match against Aliaksandra Sasnovich with an ankle injury. She is likely to return to the tour at the 2022 Wimbledon Championships.