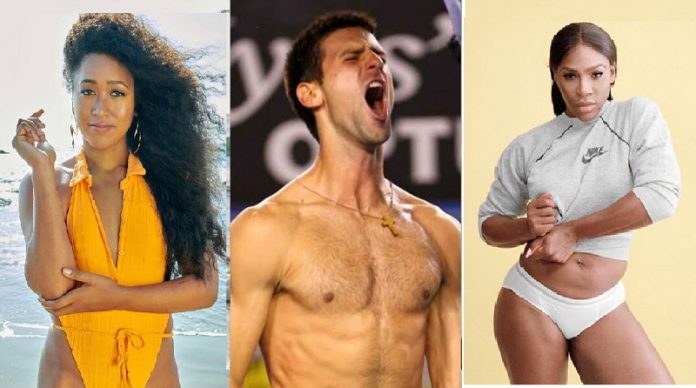 Here’s the list of Top 10 tennis stars who have got the most number of followers on Instagram. The game of tennis has been blessed by several superstars who have displayed incredible gameplay on several occasions which have inspired innumerable tennis enthusiasts to lift the racket. Right from the four Grand Slams to the ATP and WTA tournaments, we are treated with some fine action by supremely talented individuals.

Evidently, these individuals have a huge following on different social media platforms. Right from 23 Grand Slam title-winner Serena Williams to 18-year-old US Open 2021 champion Emma Raducanu, the list of the Top 10 most followed tennis stars on Instagram is definitely an interesting one to look at.

Here are the Top 10 most-followed Tennis players on Instagram

10. Alexander Zverev (1.4 Million Followers): German tennis star Alexander Zverev has got the gameplay to become the next big thing in tennis and has the looks of a Greek God. Although he has been in the news for all the wrong reasons in recent times, his popularity on Instagram is growing leaps and bounds.

9. Genie Bouchard (2.1 Million Followers): Bouchard’s incredibly good looks and her rollicking gameplay made her a popular face a few years back and it doesn’t come as a surprise that she still has a huge fan following. Bouchard reached the finals of the 2014 Wimbledon Championships, the first-ever Canadian to achieve this feat, and followed it up with a few more impressive performances. She has been away from the court for quite a while due to recurring injuries but is expected to make a comeback pretty soon.

8. Emma Raducanu (2.1 Million Followers): British tennis star Emma Raducanu took the world by storm after winning the 2021 US Open. She came into the competition as World No. 150 and after battling through the qualifiers, she managed to win the coveted title without dropping a single set. Evidently, she became the favorite face for many brands, and her mixed heritage also played a major role in that.

7. Naomi Osaka (2.8 Million Followers): The Japanese tennis star’s rise to the top has been nothing short of sensational. Her 2018 US Open title win against Serena Williams made her an overnight superstar, however, the 2021 season didn’t turn out to be the best for her. While she is on an indefinite break from tennis, the gorgeous diva has been chased down by several brands and has fans online have increased incredibly in the latter half of 2021.

6. Maria Sharapova (4.1 Million Followers): Over the years, Maria Sharapova became one of the most talked-about tennis stars. May it be her legendary rivalry with Serena Williams or her cheeky replies in Press Conferences, Sharapova was impressive in everything she did.

5. Sania Mirza (8.2 Million Followers): Sania Mirza has changed the landscape of tennis in India. A former Doubles No. 1 and winner of 6 Grand Slam titles, Sania enjoys a huge following on Instagram. From 2003 until her retirement from singles in 2013, Sania was ranked as India’s No. 1 tennis player which is enough to prove why she is such a celebrated figure.

4. Roger Federer (8.7 Million Followers): One of the richest tennis stars of all time, Federer has taken the game of tennis to great heights. Currently tied on 20 Grand Slam titles with Djokovic and Nadal, Federer’s ability to produce magical shots is just unreal. Moreover, his overall personality is liked throughout the world which has resulted in several brand endorsement deals. Let’s just say, it is extremely difficult to spot a Federer hater and that is exactly why he is on this list.

3. Novak Djokovic (9.4 Million Followers): A modern-day great, Djokovic has scripted a legacy of his own. Out of the big 3, he seems to be the one who can get his hands on the 21st Grand Slam title at the earliest which is enough to prove how big a star he is. Especially in the 2021 season, he was in sublime touch which has resulted in a rapid spike in the number of followers he has on Instagram.

2. Rafael Nadal (12.3 Million Followers): King of Clay Rafael Nadal is a fierce competitor with a style of his own. Winner of 20 Grand Slam titles, the southpaw still has a lot left in him. Moreover, his tennis academy has already started producing superstars of the next generation. His everlasting smile and never say die attitude has made him an extremely popular figure.

1. Serena Williams (13.7 Million Followers): Regarded as one of the greatest athletes of all time, Serena is one of kind. After all, winning 23 Grand Slam titles is not an easy task to accomplish. Moreover, the world was shocked to know that Serena was actually a few weeks pregnant when she won her latest slam in Australia. Her incredible physical and mental strength is just unbelievable. It doesn’t come as a surprise that she tops this list.