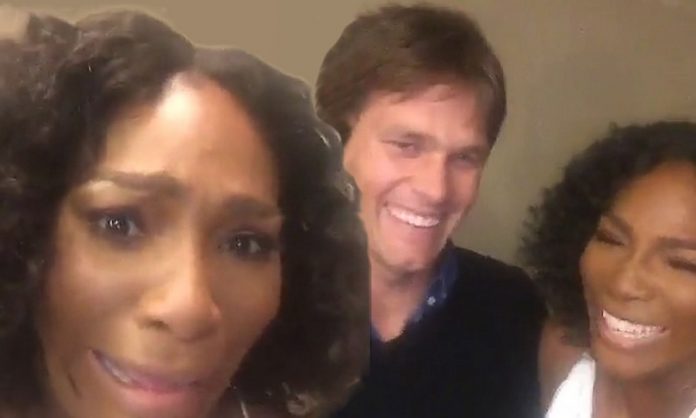 The GOAT debate is just unending. For the past few months, fans gave rise to a new wave of debating on who is the greatest athlete of all time. Whether it was Tom Brady or the former Tennis World Champion Serena Williams.

Well, the answer is quite simple, both are the legends of their sport, just irreplaceable. While the debate is brewing hot, Williams’s husband, Alexis Ohanian, has something to say on the matter. He was the same person who had settled the “Greatest Athlete” debate in the previous year.

Alex Ohanian says he’s obsessed with Tom Brady
Tom Brady is one of the most renowned personalities when it comes to the sports fraternity. Even Serena Williams had acknowledged the fact through a viral video she took alongside Tom Brady in 2016. She called Brady his favorite football player, and Brady reverted the same by calling her his favorite tennis player. This time Alex Ohanian openly shared his affection and respect for the NFL legend through a tweet. “Currently obsessed with Tom Brady, Man In The Arena”, the tweet read. Just a few minutes later, he put up another post citing four agreements supporting his previous tweet.

In 2021, the Reddit founder muted all the discussions related to the Greatest Athlete debate. After Tom Brady led the Tampa Bay Buccaneers to a Super Bowl title last season, Ohanian marked his appearance at the Australian Open in Melbourne the same month. He was present to cheer for his wife, at the same time wearing an interesting T-shirt for the game. The Nike shirt had written, “Greatest Female Athlete” with the word “Female” crossed out.

Even without speaking a single word, he supported his wife and claimed to be the greatest one sharing a snap of him through Instagram later in the match. However, being a star herself, Serena always praised Brady and reacted when Brady announced his retirement from the sport.

Will Brady bag his 8th Super Bowl title this season?

Even the greats get star-struck 🤩

(via @serenawilliams' Snapchat from 2016) pic.twitter.com/Y68m7YuVwj

Tom Brady coming out of retirement was a clear sign of his intentions for the upcoming season. Taking to Twitter, he said that he wants to complete his unfinished business and considers himself worthy to be on the field. He will be playing his 23rd season in the football league and will continue with the Tampa Bay Buccaneers.

However, there has been a major revamp in the current scenario of the team. The head coach, Bruce Arians, left his position, leaving way for Defensive Coordinator Todd Bowles to acquire the spot. It will be interesting to see how feasible that would prove for the team in the upcoming season.

Nonetheless, one thing is for sure, the tennis legend has achieved everything that it takes to shoulder Brady’s career achievements, and the debate shall continue no matter what!