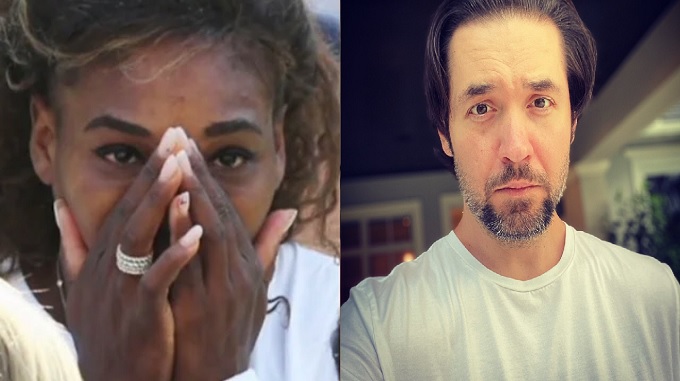 Serena Williams’ footing as a world-renowned tennis star has hinged on her keen ability to know her body. In the latest issue of Elle magazine, she describes how this didn’t keep her from nearly becoming a tragic statistic in the delivery room.

For eleven years, Williams has known of her high-risk tendency to blood clots. In 2011, the tennis ace had suffered from a blood clot in her lungs, known as a pulmonary embolism which is a life-threatening condition. The experience, which Williams has said in the past put her on her death bed, has meant that she’s been vigilant about making sure her health history doesn’t repeat itself. It’s why, in an essay about her delivery and experience with motherhood for Elle, she says she rallied for herself when the symptoms of a clot began to crop up during childbirth — even after the continuous dismissal of a healthcare provider.

“No one was really listening to what I was saying,” she wrote. Williams detailed how she realized something was wrong soon after giving birth to her daughter, Alexis Olympia Ohanian Jr. Her legs were “numb,” she said and eventually she found herself in “excruciating pain” and realized she couldn’t move her legs and back.

“I may have passed out a few times,” she recalled, noting that she quickly raised her concern to her delivery team that she was likely in need of heparin, a drug that helps prevent blood clots. “The response was, ‘Well, we don’t really know if that’s what you need to be on right now.’”

She explained that the logic was that blood thinners could cause her C-section wound to bleed but Williams “felt it was important and kept pressing.” She began to breathe heavily and cough — both symptoms of blood clotting). She coughed so hard, her stitches burst and she had to go back into surgery — a procedure that would become the first in a merry-go-round of surgeries.

“When I woke up from that surgery, in the hospital room with my parents and my in-laws, I felt like I was dying. They were trying to talk to me, and all I could think was, ‘I’m dying, I’m dying. Oh my God,’” she explained. Despite fearing that she would faint, Williams managed to get up from her hospital bed and out of her mother’s earshot to avoid worrying her to find her nurse that was on call. But I persisted: ‘I’m telling you, this is what I need.’ said Serena Williams

“I told her: ‘I need to have a CAT scan of my lungs bilaterally, and then I need to be on my heparin drip,’” Williams explained. “She said, ‘I think all this medicine is making you talk crazy.’ I said, ‘No, I’m telling you what I need: I need the scan immediately. And I need it to be done with dye.’ I guess I said the name of the dye wrong, and she told me I just needed to rest. But I persisted: ‘I’m telling you, this is what I need.’” Finally, the nurse called Williams’ doctor who agreed to have things checked out.

“I fought hard, and I ended up getting the CAT scan. I’m so grateful to [the doctor],” Williams added. “Lo and behold, I had a blood clot in my lungs, and they needed to insert a filter into my veins to break up the clot before it reached my heart.”

Williams then chronicled how her doctors discovered she had developed various clots that needed to be treated over the course of several surgeries. “Needless to say, I was exhausted. Despite fighting for it, I didn’t like being on the heparin drip,” Williams added. “I just wanted to be with my baby.” Despite the experience with her nurse, Williams described her OBGYN as “amazing,” noting how the physician listened to her and never made her feel dismissed. Though things could have been far more catastrophic for the tennis player, the delay in her diagnosis meant she spent seven days in the hospital and had a painful recovery which involved six weeks of bed rest.

Still, there’s a death toll to mark the fatal ramifications for people in labor who are not listened to by their medical providers. In her essay, Williams noted how in the United States, Black people are nearly three times more likely to die during or after childbirth than those who are white. “Many of these deaths are considered by experts to be preventable,” Williams explained. “Being heard and appropriately treated was the difference between life or death for me; I know those statistics would be different if the medical establishment listened to every Black woman’s experience.”

According to a 2021 report published by University of California, Los Angeles, the United States is the most dangerous country in the developed world for pregnant Black women. “Black women die from pregnancy-related complications at more than three times the rate of white women, regardless of income or education level,” a 2021 report published for UCLA Health explained. “This statistic has remained constant for decades, despite advances in medicine and improvements in education.”

Shocking is the fact that this disparity exists as the overall maternal mortality rate has gone up in the U.S. A 2019 report found that Black, American Indian, and Alaska Native women continue to lead the rates of pregnancy-related deaths.