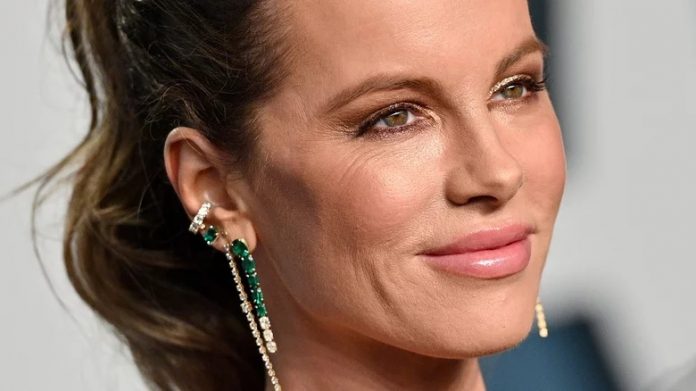 Celebrities aren’t usually known for their smarts, but little do people know that some of the brightest minds of our generation are hanging around Tinseltown. Did you know that Cindy Crawford was a high school valedictorian and received a full ride to Northwestern University for chemical engineering? She only studied for one semester and eventually dropped out to pursue modeling full-time.

In an interview with Vogue, she said that if modeling hadn’t worked out in her favor, she probably would have been a teacher. Meanwhile, Shakira, one of the most successful singers in the world, reportedly has an IQ of 140, rendering her a genius, per HuffPost. The “Waka Waka” singer is apparently a polyglot, with fluency in English, Spanish, and Portuguese, but she can also speak French, Italian, Catalan, and Arabic, per Hollywood.com.

Having a big brain sure is impressive, but according to actor Kate Beckinsale, her IQ did not benefit her career at all. In fact, the “Serendipity” star claims it did the exact opposite.

It turns out that being smart won’t get you far in Hollywood, at least according to actor Kate Beckinsale. In an interview with Howard Stern, the “Pearl Harbor” star shared that her high IQ, which is apparently 152, served as more of a burden than a benefit in her career.

“It was very high. I think she had me tested because very bright children are nearly unbearable. I’m sure that’s why she had it done,” she shared of her mother wanting to know more about her IQ. “That’s like almost Einstein level,” Stern replied. “Oh, I wish I had an IQ of 152.” But Beckinsale assured him that he wouldn’t want to be as smart as her. “You don’t,” she rebuked. “Every single doctor, every single person I’ve ever come across has said, ‘You’d be so much happier if you were 30% less smart,′ and I’m sure that’s true.” She added, “It’s no good to me, though. It’s really not helpful in my career. I just think it might have been a handicap actually.”

While she didn’t explain how her smartness can be a “handicap,” she did say how it impacts her love life. “I’ve always found I can forgive an awful lot if somebody’s funny,” she revealed. “So, there’s a certain degree of intelligence in somebody being funny that I’m able to mess with.”

Kate Beckinsale doesn’t want to dumb herself down
Many fans were impressed that Kate Beckinsale had such a high IQ, but there were also some who ridiculed her for it, including media outlets. The actor then took to Instagram to defend herself, saying that her revelation is exactly why she barely discloses her high level of intelligence.

“I told the truth and some journalists have been triggered by this,” she wrote. “Are we really jumping on women for answering a question truthfully about their intelligence or education? I went to an all girls school where I never had to worry about raising my hand making me possibly unfeminine-and I went to a university in which intellectual debate was not only encouraged, but the entire point of attending.” Beckinsale went on to explain why she thought her smarts can be a burden — it’s because when women flaunt their intelligence, they’re often thought to be “bragging.” She added, “When I said it has been a handicap in Hollywood it’s PRECISELY because being female AND having an opinion often has to be quite carefully packaged so as not to be offensive or, as in this case, deliberately twisted into signifying ones perceived superiority or arrogance… As a woman truthfully answering a question about my own IQ, I have been the subject of a few articles trying to shame me for it.”

Beckinsale ended her rant by saying that no woman should feel the need to dumb themselves down for any reason. “My IQ is 152 and if that triggers you, that’s your problem… Also, IQ doesn’t actually mean s**t. But stop perfomatively supporting women while pulling crummy s**t like this.” Aaaand, mic drop!